Skip to Content
Home Finance You try not to have a hangover: Centurion Ross Taylor after helping New Zealand avoid another heartbreak

Ross Taylor scored a scintillating 84-ball 109 runs knock as he steered his team to a much needed victory in the 1st ODI against India in Hamilton on Wednesday. 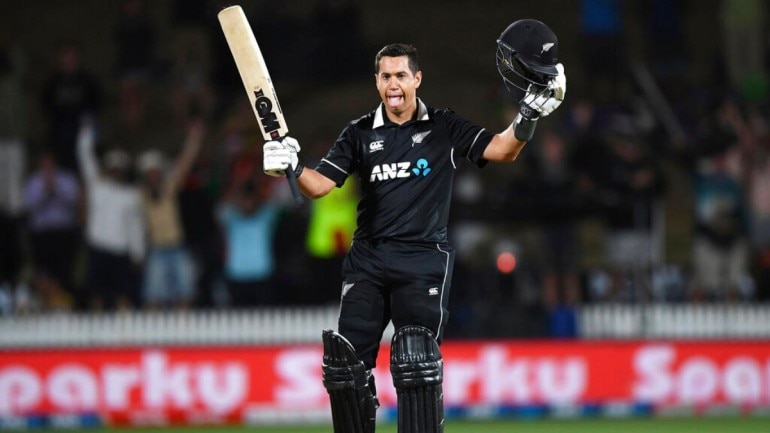 New Zealand defeated India by 4 wickets to avoid another heartbreak at the hands of visiting Indian team who had whitewashed them in the recently concluded T20I series.

New Zealand’s senior most player Ross Taylor stood up to the occasion today and assured that he watches his team sail through the mighty target of 348 runs which India had posted courtesy a hundred by Shreyas Iyer and a fine finish by KL Rahul towards the end.

Tom Latham, the stand-in captain of the Black Caps also played a handy knock of 69 runs in the absence of the regular captain and batting stalwart Kane Williamson.

Taylor acknowledged that the right-hand left-hand combination between him and Latham helped the team chase the target. When asked about the strategy they made together for the run-chase, Taylor said that they tried targeting the short boundaries.

“I told my boys Hamilton is like sleeping is my bed. Southee said you can take the bed with you,” Taylor added about his love for scoring in Hamilton, where he had amassed over 2,000 international runs now.

Taylor, who brought up his 21st ODI century went on to say that ” It has been an interesting summer”. “So as to speak, good to get across the line. To restrict them under 350, gave us a chance,” the 35-year-old added.

Taylor also realised that the team should not lose the momentum and be ready to seal the series by performing well in the remaining two matches.

The second ODI is scheduled on February 8.