India vs New Zealand 1st ODI: On Wednesday, Shreyas Iyer joined a select list of India No.4 batsmen who have hit a hundred in ODIs with Ambati Rayudu being the last one to do so – in October 2018. 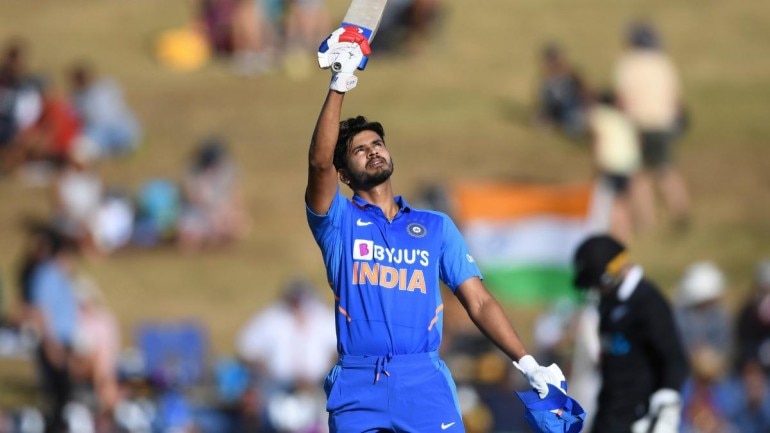 Shreyas Iyer socred 103 runs off 107 balls batting at No.4 in Hamilton vs New Zealand (AP)

Shreyas Iyer on Wednesday scored his maiden international hundred in Hamilton against New Zealand to further his claim for the hugely-contested No.4 spot in the Indian ODI team. Iyer’s 103 which came off 107 balls helped India to set up a 348-run target for the hosts as the Men in Blue produced a batting display to remember at Seddon Park.

Incidentally, Iyer’s hundred is now the 1st century by an India No.4 outside the country since Manish Pandey’s math-winning 104* in Sydney, more than 4 years ago. On January 23 2016, Pandey who came to the crease at the fall of the 2nd wicket, shepherded India’s chase of 331 in Sydney with an 80-ball-100 as he took his team home with 2 balls to spare.

Also, Iyer’s hundred is just the 4th such score by an Indian No.4 in the past 5 years and the 1st since Ambati Rayudu’s 100(81) vs West Indies in Mumbai on October 29, 2018. Former charismatic all-rounder Yuvraj Singh is the only other batsman to have hit an ODI hundred from the No.4 spot in the past 5 years.

In all ODIs between India and New Zealand, only 2 players including Iyer have now hit hundreds from the No.4 batting position. Mohinder Amarnath’s 102* in Sharjah in March 1988 is the only other hundred scored by an Indian No.4 vs New Zealand in ODIs.

Shreyas Iyer took 16 ODIs to get to his 1st 3-figure score in international cricket. With 7 fifties to his name, Iyer’s previous best was 88 which he got as early as his 2nd ODI against Sri Lanka in 2017.

Iyer stepped up once again when the team was in a spot of bother during the 1st ODI of the 3-match series. Iyer joined captain Virat Kohli when the visitors were in a spot of bother after having lost openers Prithvi Shaw and Mayank Agarwal in quick succession after a fifty-plus stand. He posted 2 successive century stands with Kohli and KL Rahul respectively to lay the foundation of India’s mammoth 347/4.