U19 World Cup semifinal: India pacer Shushant Mishra showed a heartwarming gesture towards Haider Ali after the Pakistan batsman got hit on the shoulder. 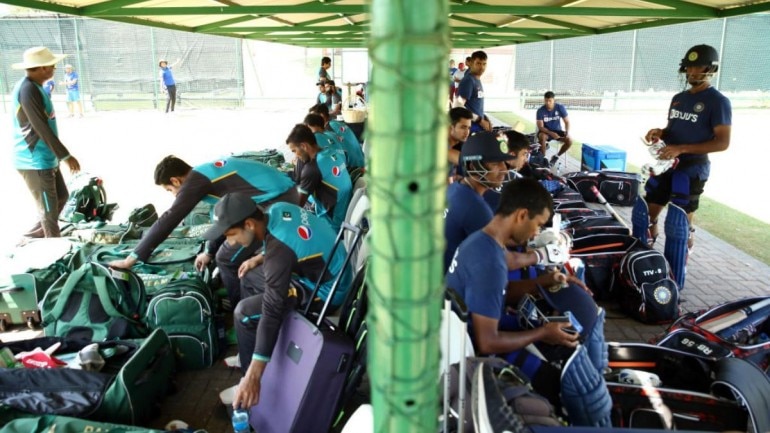 In a high-intensity U19 World Cup semifinal clash between India and Pakistan where the Men in Blue thrashed the latter by 10 wickets to enter the final, India pacer Sushant Mishra won hearts with his warm gesture towards a Pakistan batsman.

After being asked to bowl first, Indian bowlers gave a tough time to Pakistan batsmen as they bowled them out for just 172 runs. Sushant Mishra picked 3 wickets while Kartik Tyagi and Ravi Bishnoi took 2 wickets each.

Sushant Mishar opened the bowling attack for India and was fiery since the start. In the 4th over of the Pakistan innings, Mishra bowled a bouncer that bamboozled Haider Ali. Ali tried to duck the delivery but ended up getting hurt on the left shoulder.

Seeing Ali in pain after getting hit on his delivery, Mishra rushed to the player to check on him. Pakistan Physio too came out on the field to provide medical assistance to Ali. However, Ali regained his fitness after getting some treatment and went on to score a 77-ball 56.

Haider Ali got hit by bouncer of Sushant and he went to him and asked him Are U Okay? Moment of the day #SpiritOfCricket#INDvsPAK #PAKvIND #U19CWC #U19WorldCup pic.twitter.com/ZOBDu7K2Rs

However, Ali’s half-century went in vain as openers Yashasvi Jaiswal and Divyaansh Saxena helped India gun down the modest target of 173 with 10 wickets to spare after the highest partnership of the 2020 Under-19 World Cup in South Africa.

Yashasvi was unbeaten on 105 as he finished off the chase with a massive six as early as the 36th over. Divyansh was not out on 59 as the India openers put on a masterclass.